Valentina Nikolaevna Ryazanova - "Honored
Worker of Culture of Russia", head of the dancing
group of the plastic movement "Isadora"

Artistic path
Since my childhood, I always danced, as soon as I heard music. My parents saw that I had the ability to dance and they sent me to a ballet studio next to our kindergarten. I went to the studio to dance while all the children went to sleep. Ekaterina Stepanovna Ragochiy, a former ballet dancer ofthe Bolshoi Theater, ran the studio. We had very strict dancing classes, while we were moving she hit us with a stick on our backs to hold them and on our knees to stretch our legs. When I returned to the kindergarten taught them classical dance, I would also hit them on the backs and knees. Their
parents said that the children learned to keep their backs straight and stretch their legs at home. The children were afraid of Valya Ryazanova, because she would scold them for stretching backs and legs wrong at kindergarten. I started teaching
dance so early.
When I attended school (from 1 to 7 grades), I also run a dance club. At that time, we had no mobile phones or audio tape recorders, we practiced under the sounds I uttered "la-la-la". Sometimes I invited the accordion player, I sang
the tune and we danced on the stage at the school concerts. Now it is even difficult to imagine how we have never rehearsed without music, but went to the stage and performed. At that moment, I really liked the collection of Karelian dances. One of them I performed with my classmates at the festival, we made the costumes for that and we
performed with other children from different schools.
In the Kuntsevo House of Pioneers, I studied folk dance with Lyubov Safronovna Pokrovskaya. She also introduced us to the method of musical movement, which she studied in seminars at the Moscow Regional House of Art Education for
Children. As a teenager, I went to a club at a weaving and finishing factory, where Nikolai Alekseevich Solodov, a student of the famous choreographer Pavel Virsky, who directed the Ukrainian dance group in Kiev. When I attended
there, I danced Russian and Ukrainian dances a lot. Still I was missing something, and I returned to Lyubov Safronovna Pokrovskaya and watched the rehearsals. Once she said: "I understand what you are missing. You have melody perception, and I will give you a phone number of a club, this dance will suit you."
So I got into Emma Fish's studio of the musical movement. Since 1964, the studio was renamed «Смотрите: музыка!» ("Look: Music!"). Month later, Emma Mikhailovna said that there was a time in the country when the method was not recognized, and some inspectors constantly came to the studio, they put the question of closing it. However I really liked it, I found myself and felt that it was mine. I was 17 years old at that time. I remember, coming home from rehearsal, I said to myself: "It will be the purpose of my life - to keep the method, continue it and move on." I came to learn dancing to the studio in 1961, and it functioned until 1983. Gradually the conflict was solved and only the method of socialist realism could exist again in literature and culture, where there is a positive hero working for the prosperity of the Motherland. In fine art, these are workers with nuts and bolts, collective farmers. In the field of dance, it was said that only classical ballet, artistic gymnastics and folk dance should exist, so the studio of the musical movement officially no longer exists. But only officially. The followers of this movement trained wherever they found a place to dance - in basements, in the kindergartens, schools, universities - I did the same. And now a wonderful period of art freedom has come again. There are many theaters, choreographic studios of various directions in the country. 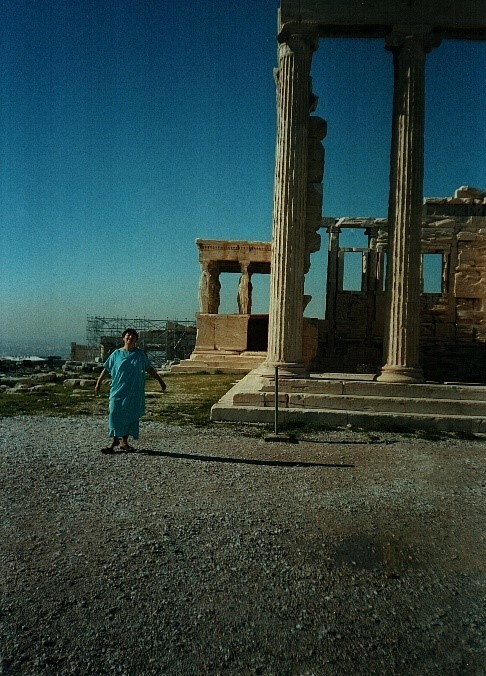 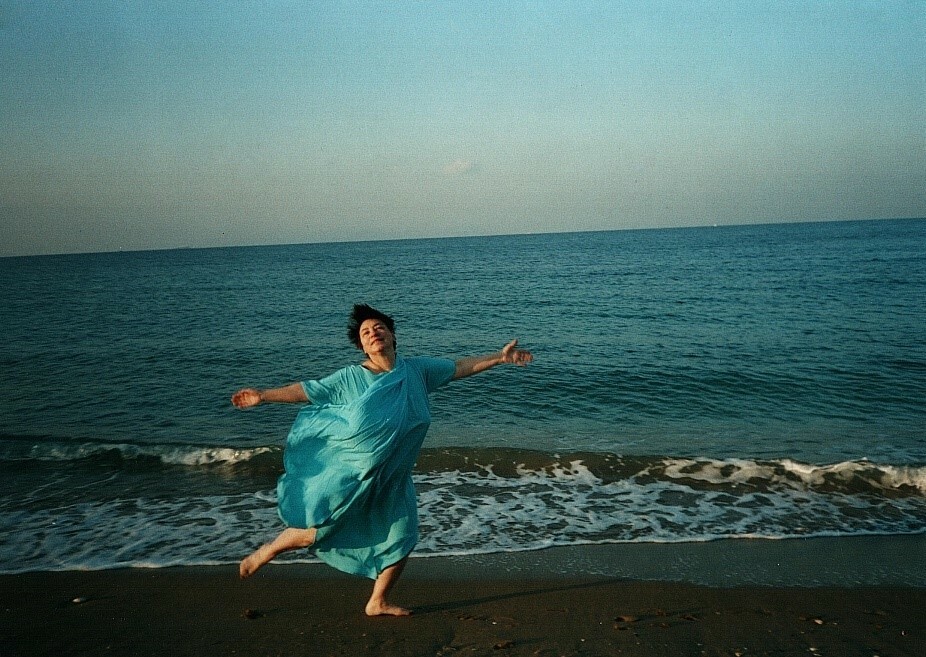 Athens, Acropolis, 2000
Education
I studied dancing by myself, after the 7th grade I went to the Radio-Mechanical College and graduated it - this was the decision of my parents. Although they sent me to a ballet studio as a child, my dad told me all the time that it was not serious and that it could not be a profession, referring to Krylov's fable about a dragonfly. I got my second education in Moscow State University (MGU), Faculty of History. In the last courses I specialized in the Ethnography Department. The Ethnography studies the culture and life of various peoples. I went to the Faculty of History, because history was in the second place in my interest list after choreography. While studying at the college and at the university, I attended to the studio of the musical movement. I already received my choreographic education at the age of 40, having graduated from the Higher Ballet Master's Courses at GITIS, and defended my thesis about my dance ensemble "Ritmy Druzhby" (Rhythms of Friendship). 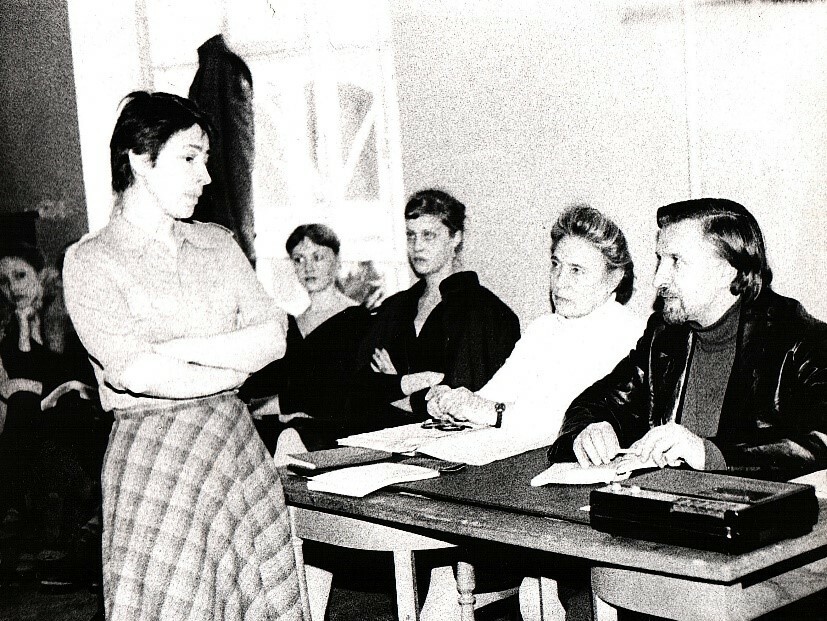 Defense of the thesis at the Higher Ballet Master Courses at GITIS, 1985
RUDN University
I started working at RUDN University in 1971, in my last year at the Faculty of History. Leonid Evgenievich Golubev, Vice-Rector and a historian, hired me to work. He told me that there were many different peoples at our university, and we need to study their traditions and culture. So I began to create an international folk dance group, which had dances from different countries in its repertoire. I have been working at RUDN for 50 years. I gathered different peoples and created the folk dance ensemble "Ritmy Druzhby" (Rhythms of Friendship). I created the "Isadora" plastic dance studio in our Interclub 20 years ago. The name was chosen so that it was clear to define which direction our dance is associated with. We are engaged in the method of musical movement.
Folk dance Festival, "Moldavian dance", Moldova, Kishenev, 1973

World Festival of Youth and Students, Moscow, 1985
Made on