In August 2019, the studio of plastic dance "Isadora" of the RUDN Interclub visited the IV International Isadora Duncan Festival, which was held in London. This trip was supported by the Ministry of Education and Science of the Russian Federation and the Program for improving the competitiveness of the RUDN "5-100" and this is a great event, because in recent years the ensembles "Rhythms of Friendship" and "Isadora" usually traveled at their own expense.
Why did we get an invitation to participate?

RUDN Delegation
Our plastic dance studio "Isadora" has been holding international plastic dance festivals in May for three years in a row, dedicated to the memory of the American dancer Isadora Duncan. The first festival was held in 2017, the year of the 140th anniversary of her birth.
Our foreign guests Meg Brooker (USA) and Julia Pond (UK) took part in all three festivals in RUDN. Since they are the organizers of the International Isadora Duncan Symposium, and these symposiums are regularly held in different countries around the world, they invited us to the symposium in London in 2019. I especially want to tell you about Meg Brooker. She works at the University of Middle Tennessee as a dance teacher. He teaches classical dance, modern dance, and Duncan dance, and is one of the organizers of the symposium. Meg Brooker interview 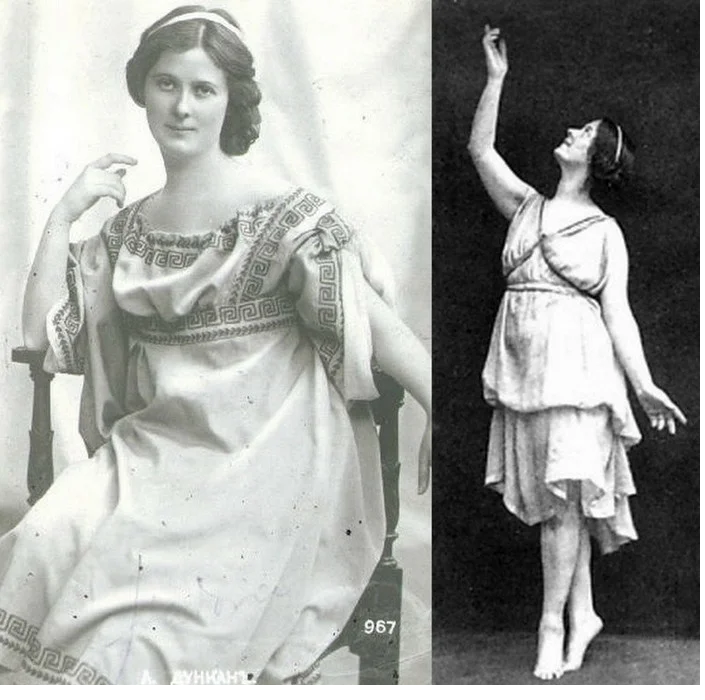 Trip to London for the IV Isadora Duncan International Festival, August 2019
The symposium was held for 4 days. The first day – the grand opening, then a tour of the British Museum, in the department of ancient Greek art. While living in London, Isadora often visited this museum, many of her dances were inspired by the myths of ancient Greece. There was also a tour of the places in London that are associated with Isadora: we were shown where her studio was, the theaters in which she performed.
The next three days are working days. There were master classes, lectures and displays of creative works. All this went on in parallel in three rooms, and participants could choose which teacher to go to. Most of the master classes were devoted to the reconstruction of Duncan's dances, learning her dances.
The dancers also showed their modern works, relying on the Duncan technique. I conducted a master class of the musical movement with the participants of the studio, dedicated to working with children. Therefore, the participants of the master class jumped mice, hares, spiders, horses, with a squeal and great pleasure.
The second part of the master class was devoted to mass productions of the studio of the musical movement "Heptahor". These productions have been around for many years. This master class was also very much enjoyed by all the participants. 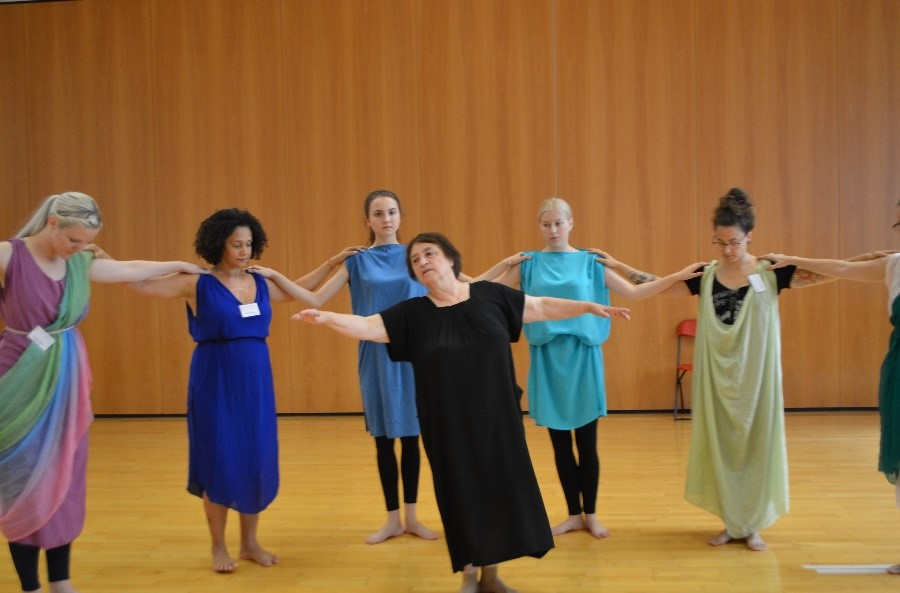 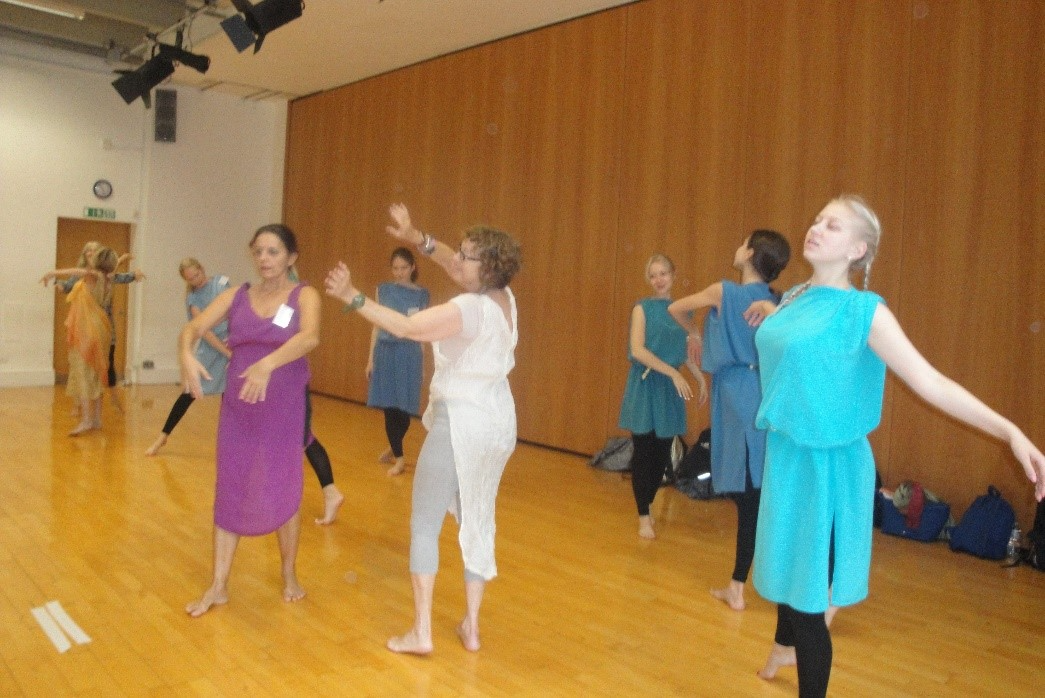 And when there was a show of creative works, the participants of the studio "Isadora" danced. We had representatives of three age groups – children, students and women. Sveta Kuranova from the children's group went with us, and during the show she danced several dances: to the music of Shostakovich "Doll" from the Children's album - "Dance of the Doll", "Hurdy-gurdy", and "Neapolitan Song" from Tchaikovsky's "Children's Album". Light for a long time then did not let go, applauded. Then our student group performed-it was also great. Dasha Kulagina danced Rachmaninoff's "Prelude" of her own composition, Nastya Kashchenko danced Shostakovich's "Fantastic Dance", also in her own production, and then there was our collective work – Tchaikovsky's "Russian Dance" and Prokofiev's composition "Slow Waltz", "Gavotte", "Fairy Tale"and " March". We were very successful, there were a lot of questions. Our colleagues noted that our participants were very emotional, expressive, and were not like everyone else, they stood out very much. We were asked how this is achieved. I replied that if most of the festival's participants danced the Duncan dances, staged 140 years ago, and not their own productions, then they would no longer be able to dance like Isadora. And our students dance to the music that they have chosen, found the movements themselves, composed the dance themselves, so it is performed so emotionally.
Performance 1 и Performance 2.
There were also many lectures at the festival. I attended several sessions, at one of which the speakers were sorting through Duncan's notebooks. Another interesting speech was made by the Irish researcher Anna McKay. Her report was dedicated to the famous sculpture of Mukhina "Worker and Collective Farmer", which is located at the VDNH on a high pedestal. And Anna claimed that Mukhina modeled it from Isadora Duncan. I asked her if there were any facts, but she said there were no concrete facts, but she explained it so well that I believed it, especially when I returned to Moscow and looked at the sculpture again. The fact is that Mukhina studied in Paris with the sculptor Bourdelle at the time when he was friends with Duncan, drew and sculpted her. And the style of Mukhina is the style of Bourdelle. I will say more – and the sculpture "Mother" in Volgograd also reminds me very much of Duncan, her dance and her movements.
In addition to the fact that we held a master class, I also made a report on "The development of Duncan's ideas in Russia" about the history of the music movement from the day of its foundation to the present day. There were a lot of listeners at my presentation, because everyone knew that Duncan had spent several years in Russia and they were interested in what kind of mark she left there, what was the result. Everyone knows that in the USSR there was a Duncan school, which was led first by her student Irma, and then by the graduates of the school itself (it existed until 1949). And in my report, I talked about the method of the music movement, about its history and how politics from time to time interfered with the arts, closed theaters and banned certain dance styles. Despite this, the method of musical movement existed, developed and survived to this day.

Report
After the report, the participants of the symposium did not disperse, they asked a lot of questions about our studio, about the Interclub. In the video during the presentation, I showed the gala concert of our festival. We have a very cozy stage, which is perfect for the festival. We invited everyone to participate in our festival in Moscow. There were a lot of questions for me personally. This is described in detail in the section "About the manager".
Made on